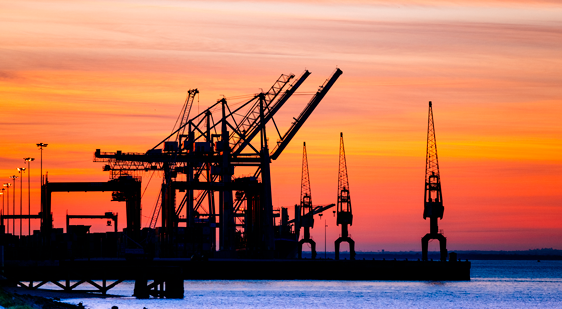 Two US-owned grain terminals in the Ukrainian port of Mykolaiv have been targeted by Russian forces, Farm Policy News quoted from a Wall Street Journal (WSJ) report, as part of what Kyiv and Western governments claim is a campaign to block Ukraine’s food export capability.

Global agribusiness giant Bunge and leading agricultural commodity company Viterra both said they had had a grain terminal hit in the attack on 23 June, the report said.

Viterra, which is part-owned by commodities giant Glencore, said that its terminal had been on fire, the 23 June WSJ report said. There were no casualties but one employee had been treated for burns.

Bunge said there had been no casualties at its plant, which has been closed since Russia invaded Ukraine on 24 February.

The report said that Russia had repeatedly hit the bridge used by Ukrainian farmers and traders to take grain to the Romanian border and the port of Constanta.

A large sunflower oil processing plant and other grain terminals had also been hit, according to the WSJ report, and the attack was the second time Bunge had been targeted.

Russia’s invasion had left about 18M tonnes of grain stranded in Ukraine, increasing fears of a global food crisis, the report said.
The attack adds to problems facing Ukrainian farmers, who say they are running out of storage space as the harvest gets underway, according to the report, and with Russia also targeting their fields and equipment.

Against this backdrop, crushing plants in Ukraine are being forced to incinerate sunflower meal amid high stocks and poor demand, according to an AgriCensus report.

At least two sunflower meal producers, who declined to be named, said they were being forced to clear stocks through incineration, market sources told AgriCensus. Some trade sources working with crushing companies believe the option is inevitable in the short term, due to the decline in sunflower meal prices, logistics difficulties and hot weather, according to the 23 June report.

Since the beginning of the season on 19 June, about 2.8M tonnes of sunflower meal have been exported from Ukraine, which was 26% lower than the export figure for the 2020/21 season, according to Ukrainian state customs statistics.

According to estimates by the United States Department of Agriculture (USDA), sunflower meal exports in the 2021/22 season are estimated at around 3.2M tonnes, which is 27% lower than the previous season.